Where and when was Macklemore born and raised?

Ben Haggerty was born and raised in Seattle, Washington. He went
to two different high schools, Garfield High School and Nathan Hale High School;
He achieved a bachelor’s degree at The Evergreen State College. He was part of a
program called the “Gateways for Incarcerated Youth”.He had a really strong passion to be a musician. He was writing
his own lyrics when he was only 14 years old and some of his friends started to
call him Mocklimore. His career started with a mini self-made album called “Open
Your Eyes”. His name was now Professor Macklemore when he made this album. 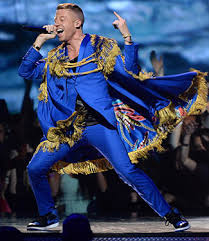 What was one of Macklemores first songs?

Macklemore now recorded an EP called Open Your Eyes still under
the  name of Professor Macklemore. After that he dropped the “Professor” from
his  name and just called himself Macklemore. When he released The Language of
My  World in January of 2005. Then he released The Unplanned Mixtape in
September  of 2009. Macklemore then meet up with Ryan Lewis in October of 2010
to help  him create The VS. Redux EP. Then he used his experience to create a
song called  “Otherside” which was kind of like the Red Hot Chili Peppers song
called  “Otherside”.


Then he was picked up by The
Agency Group who has represented A Tribe  Called Quest and Finger
Eleven. 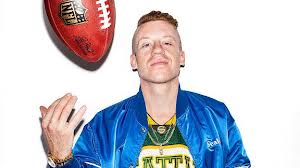 What are some events in Macklemores personal
life?

When Macklemore went to rehab in 2008 for drug-addiction,
alcoholism and related obsessive behavior with OxyContin he spent mostly all of
his twenties trying to fight his way out of that kind of life. But then he
cleaned himself up in 3008 then he started to work with Ryan
Lewis.

"I want to be someone who is respected and not just in terms of
my music. I want to be respected in terms of the way that I treat people. The
way, the subjects in which I choose to... address through my music. And not
because I'm, like, trying to make records about them. It's just that's what's
important to me. Music is my creative outlet in terms of expressing what is
important to me; what has importance, what has a value. And I wanna be respected
for that."


Macklemore wrote the song “My Oh My” dedicated to the
sportscaster named Dave Niehaus who was the sportscaster for the Seattle
Mariners. Macklemore performed “My Oh My”on Opening Day for the Seattle Mariners
in 2011. After their performance Ryan Lewis and Macklemore each got their own
custom made jersey with a special patch on it, they were the only people to have
a patch of those who played in a game.Macklemore is engaged with Tricia Davis after dating her for
seven years. 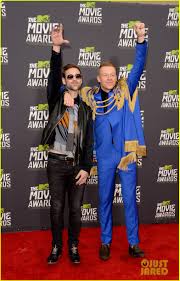 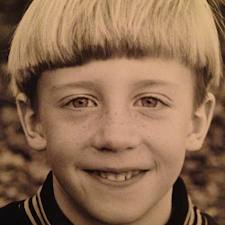