How many kinds of dolphins are there?

41 different kinds of dolphins have been seen. Some species were
came from larger groups .As of
new technology and DNA testing, breakdowns could materialize.
There are 31 marine dolphins,6
are classified as porpoises and 4 are river
dolphins.

Some species of dolphins are more endangered than others.
Japanese hunt them for meat and you can see it by looking up the cove on google.
There is a man-made chemical called perfluorooctanesulfonic acid. It may be
compromising the immune system of the bottlenose dolphins. It’s hard to estimate
the number of dolphins worldwide.

There are several species of dolphins even the familiar
"bottlenose" dolphins. Their total number is around tens or hundreds of
thousands.
An endangered species is called the Maui’s dolphin there may be
50 left of
Individuals in New
Zealand. 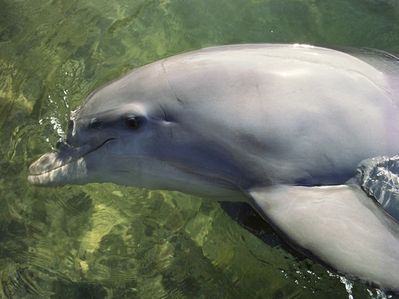